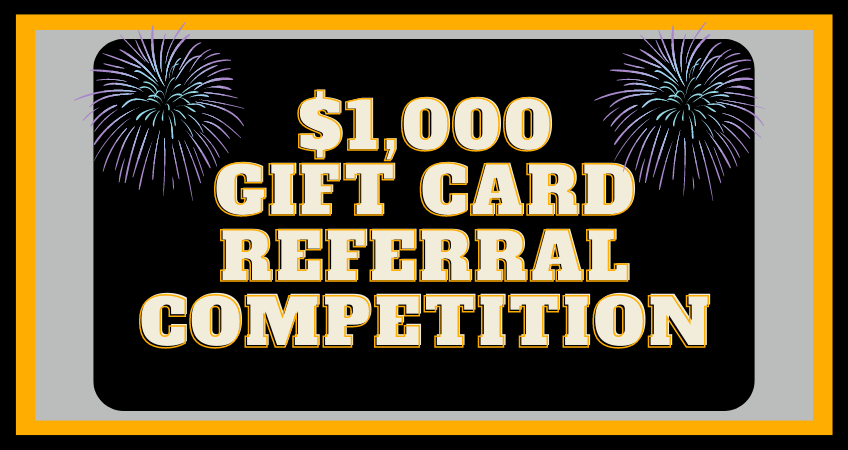 Every 3 months, the Chiefs will be giving away $1,000 in gift cards to a lucky winner who has referred us on to their friends and family.

For a referral to be recorded to you:

1. The person who has been referred must indicate to Michael or Justin who has referred them on.

2. The person who has been referred must at least fill out our ‘client assessment’ form if they are looking for a loan to purchase a property or refinance an existing loan. If seeking superannuation, insurance or investment advice, the person being referred must have undertaken an introductory meeting (in person, call or online) with Michael or Justin.

Once a referral has reached the required stage, you will have been considered to have given a referral. Each time you provide a successful referral, your chances of winning increases. Referrals will be recorded under the relevant name by the Chiefs.

The winner will be decided via an online random number generator, where those who have referred the most amount of people during the quarter will have a greatest chance of winning. Someone who refers a single person can still win, however they will have a lower chance compared to another who have referred 5 people over the period.

We look forward to seeing these referrals fly in as well as announcing the first winner in early October!

Would you like to speak to one of our financial advisers over the phone? Just submit your details and we’ll be in touch shortly. You can also e-mail us for any further concern.

Mortgage Refinancing – The Saviour of Borrowers in 2022